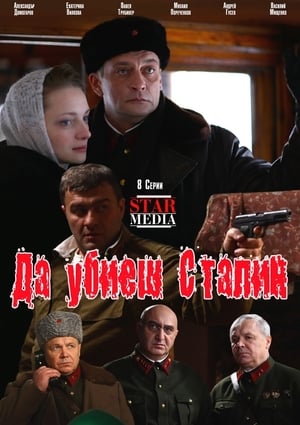 This TV Mini-Series is directed by Sergey Ginzburg, known for "Once Upon a Time in Odessa". "Ubit Stalina" takes time in 1941, when Germans sent troops to invade Russia. Winter was very cold and soldiers couldn't stay on the front for a long time, so Germans decided to strike a crushing blow and cunning - to kill Ioseb Stalin. Leadership of the Reich created special group of officers from the team "Abwehr" "Brandenburg-800". This team helped Nazi agent to deeply embed in USSR army - Will generals of USSR army find out agent? Will they save Russia from invasion of Nazi?..